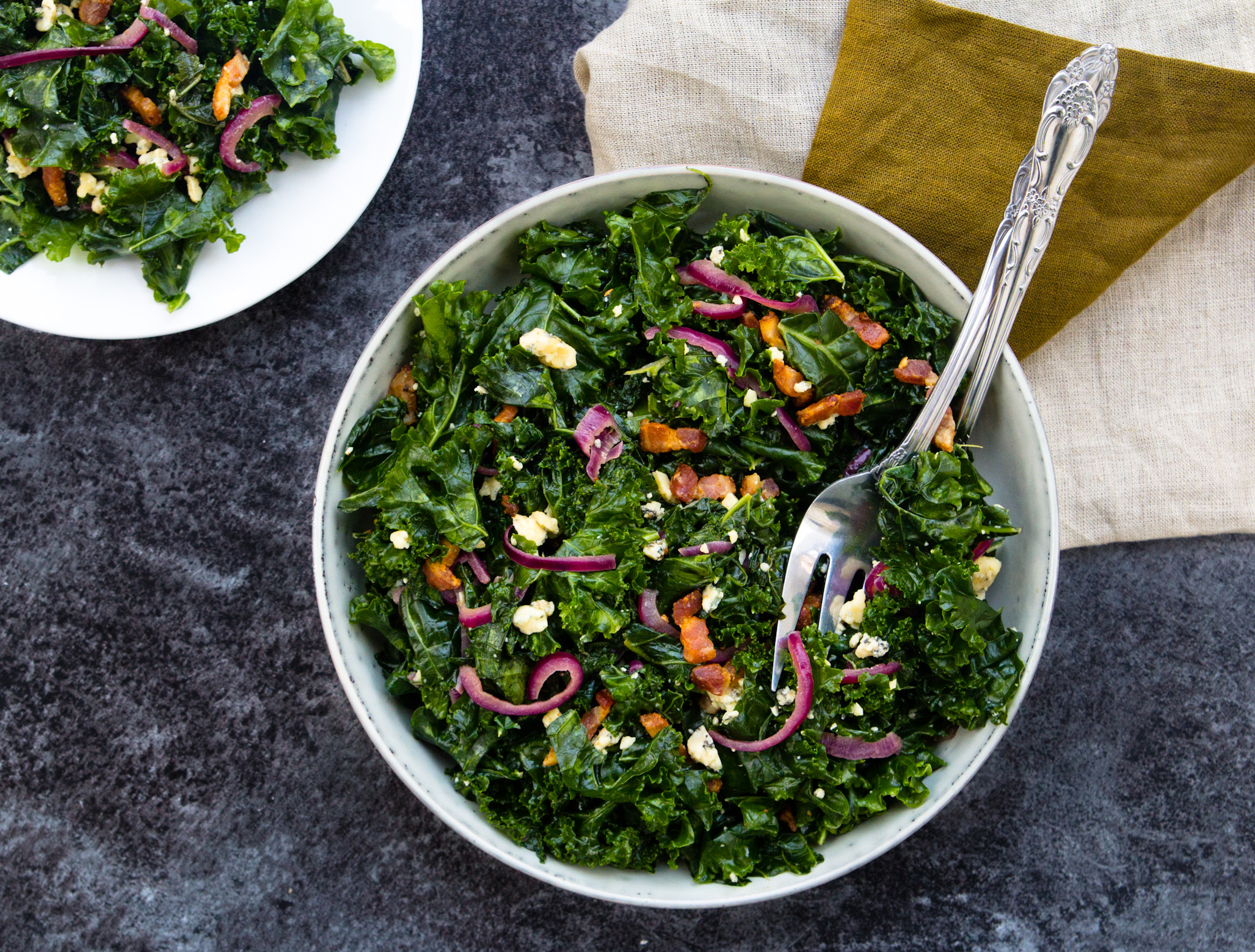 Here in the Georgia Grown Kitchen, we’ve created a twist on the holiday table-worthy warm spinach salad with bacon vinaigrette made with one of our favorite Georgia Grown leafy greens: kale! Baker Farms has championed the growth and expansion of not just kale, but also  mustard, turnip, and collard greens from Norman Park, Georgia right into your local grocery store.

We’ve also used generously thick, hand-cut bacon from Georgia Grown member Carroll’s Sausage to create southern-style lardons, a French term for fatty bacon sliced crosswise into strips to create small, yet hefty bites of flavor. French influence is also incorporated into the vinaigrette, made with the bacon fat, sautéed red onion, some Georgia olive oil, wine vinegar (or apple cider vinegar, if you like), and Dijon mustard. There is a creamy element in Blue cheese, and apples provide a crisp, sweet counterpoint all that savory.

French cuisine and Southern cooking have much in common, but dedication to local farmers, and preference for the freshest local products are our closest similarity. Eating like the French means that you know that the best and freshest food is right around the corner: bacon from your local butcher, apples in North Georgia orchards, blue cheese from our pastures, olive oil from South Georgia farmers, and locally grown kale.

Place the kale in a large bowl (for mixing your salad later) and set aside. Cook bacon in a very large skillet that will hold all of the kale, until crisp on the outside but still slightly chewy and fat is mostly rendered.

Remove bacon onto a paper towel lined plate and set aside. You should have about 2-3 tablespoons of bacon fat, but if not, make up the rest with olive oil.

Add the rest of the olive oil. Heat over medium heat until hot, then add the onion.

Sauté onion until translucent, about 5-10 minutes. Whisk the mustard and vinegar together in a bowl, then increase the heat to high and add the vinegar and mustard mixture. It will start to boil, and while it does so, whisk the hot vinaigrette until mostly emulsified. Remove pan from the heat.

Add kale all at once and toss carefully with tongs with the hot vinaigrette so that it starts to wilt and turn bright green. Transfer to a bowl and let cool slightly, then season with salt and pepper, being careful with the salt since the bacon and blue cheese are already quite salty.

When it is cool enough to handle, start to massage with your hands so that it continues to wilt and break down to about half of its original volume. Taste and check for seasoning.

Let the kale sit for about 30 minutes before serving, then transfer with tongs to a serving bowl and top with bacon, blue cheese and diced apple. 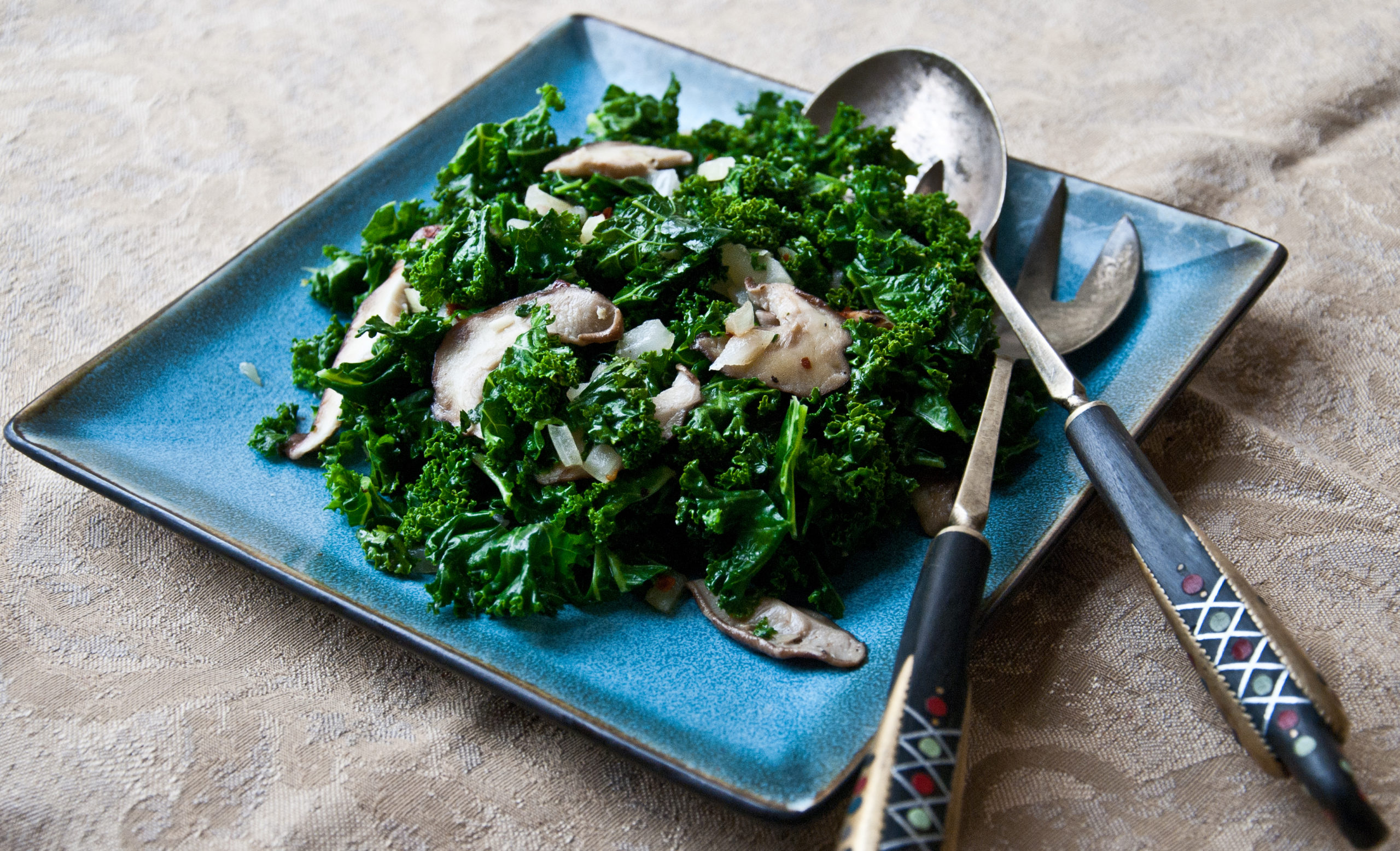 Feature the freshest mushrooms and kale you can find by making them Georgia Grown, and... 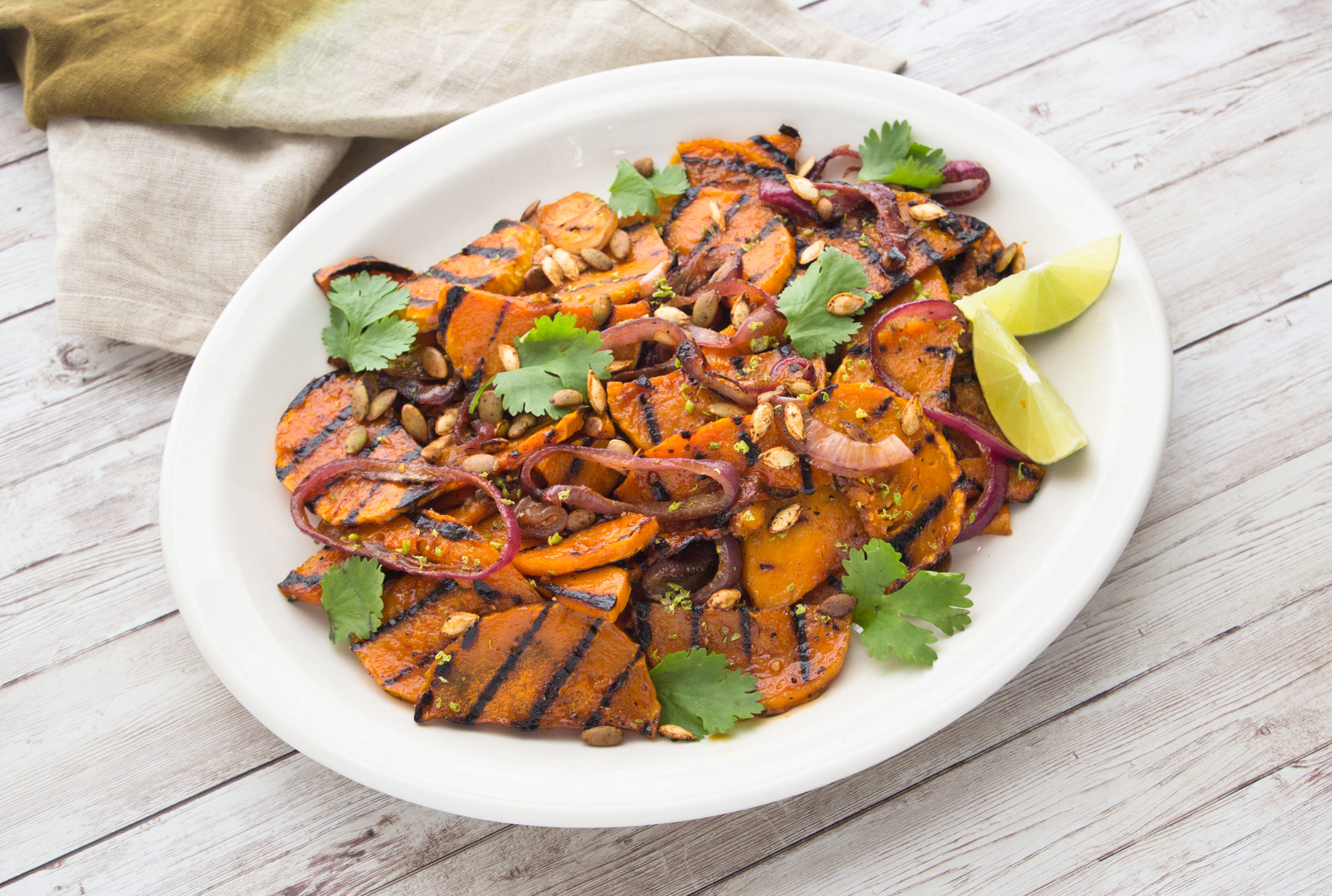 Here in the Georgia Grown kitchen, we love our turkey smoked on the locally sourced and world... 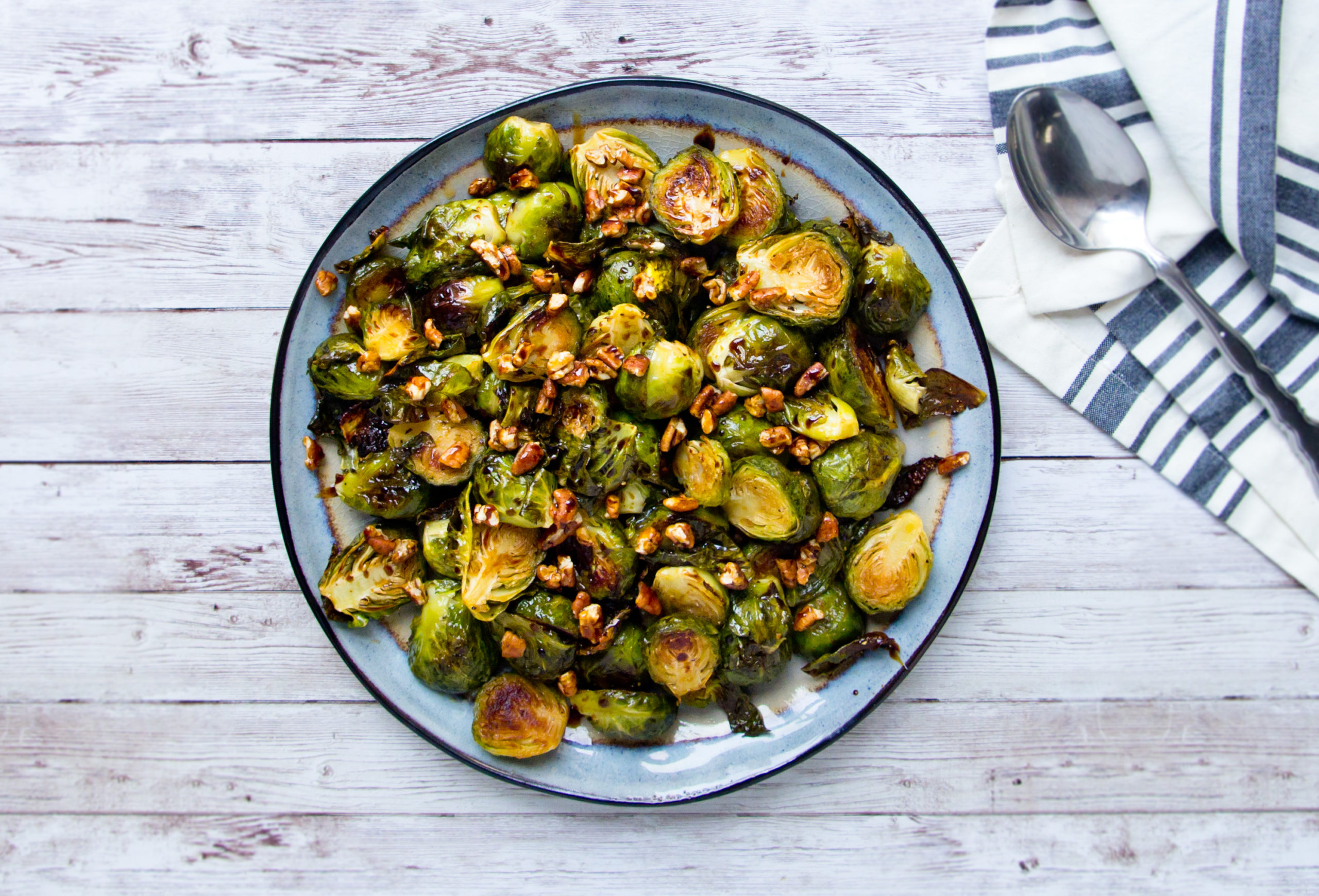 Just a touch of Georgia cane syrup amplifies the sweetness achieved through caramelizing the natural...