Peach and Cucumber Salad with Honey Ricotta and Spiced Pecans 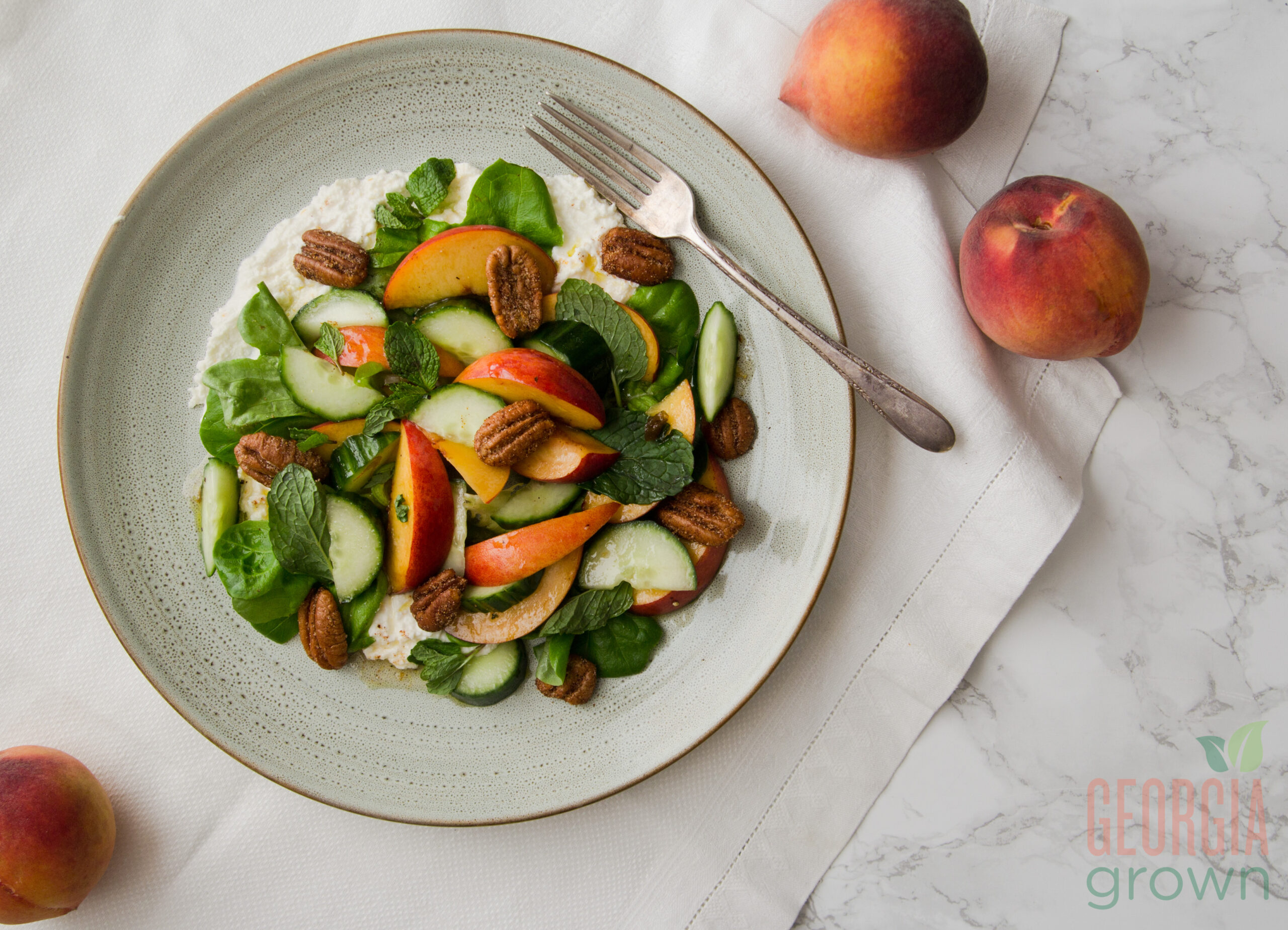 Peaches, pecans and cucumbers are staples of a Peach State summer, especially in Middle Georgia, where Fort Valley and the surrounding area is home to three of the biggest peach growers distributing throughout the state. Many peach orchards also grow some of the best pecans in the country, a major agricultural export. Just about every Georgian can recall a pivotal juice-running-down-your-face peach-eating epiphany, and the best part is that they are not just good in cobbler, but salads too.

Lightly toss peaches and cucumbers with vinaigrette. Set aside.

In a separate bowl, mix ricotta with honey and lemon zest. Set aside.

Place a large dollop of ricotta mixture in the center of a large, flat serving dish. Use the back of a large spoon to spread toward the edges of the dish. Add more ricotta as needed. Arrange lettuce leaves on top, then spoon peach and cucumber mixture over. Sprinkle with spiced pecans and mint.

Whisk pepper jelly and vinegar together. Slowly whisk in olive oil. Season with salt & pepper then stir in mint.

In a small bowl, whisk together sugar and spices.

Combine toasted pecan halves and melted butter. Sprinkle pecans evenly with spice mixture. Return pecans to oven and cook for an additional 15 minutes or until pecans have a toasted, nutty flavor. Remove from oven and let cool. Chop pecans coarsely. 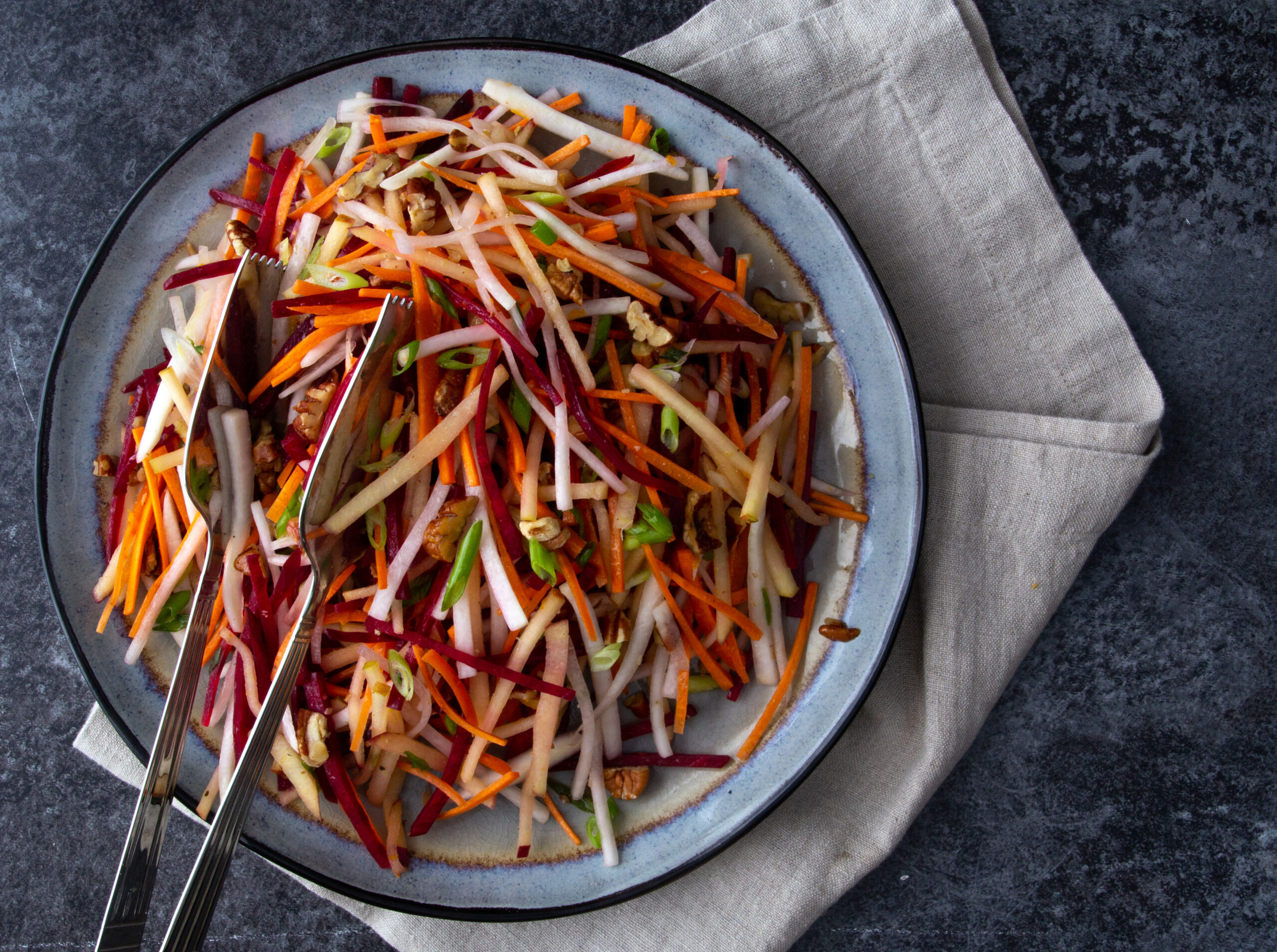 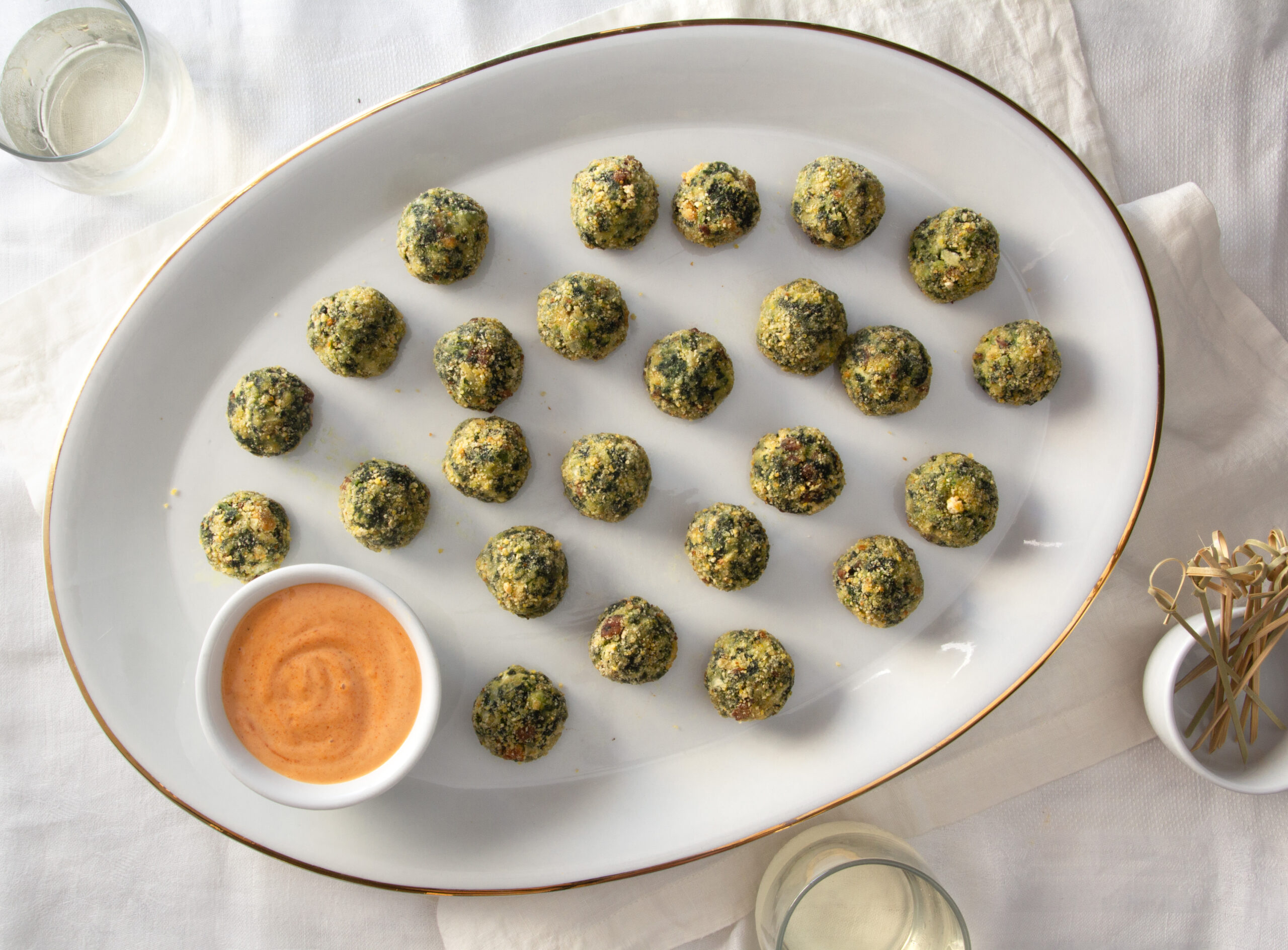 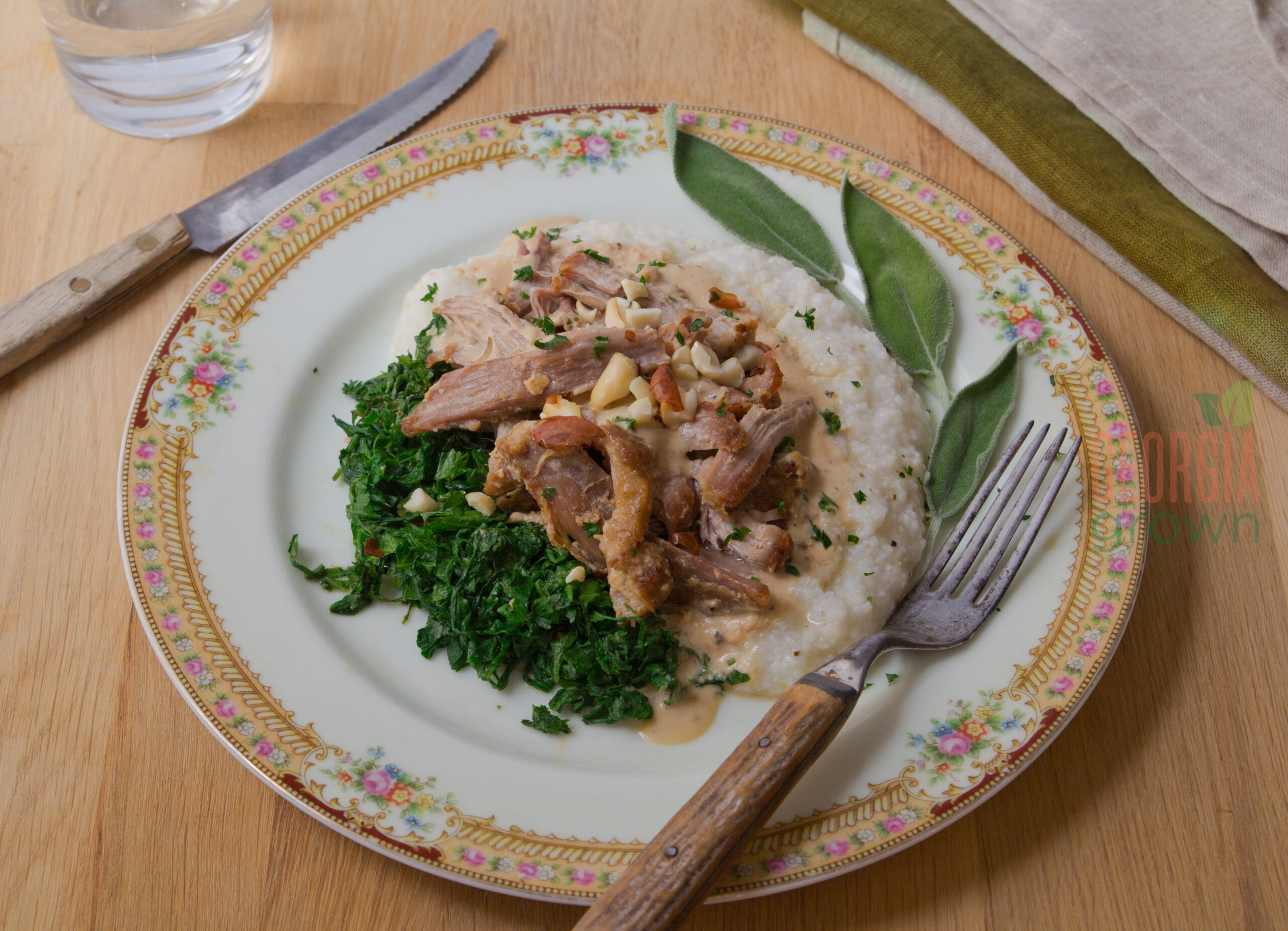